Tuesday to Saturday 10am - 7pm 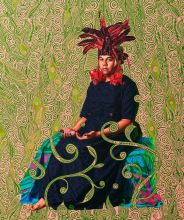 Kehinde Wiley, star of the American art scene and Barack Obama’s official portrait artist, is back in Paris. For his first Parisian exhibition since the 2016 show at Petit Palais, he will be unveiling a new series of paintings and a video-installation based on his time spent this past year in Tahiti.

"I am interested in transformation and artifice. My newest exhibition will engage with the history of France and its outward facing relationship to black and brown bodies, specifically relating to sexual proclivity. Gauguin features heavily in the imagination of France and her global interface – with that comes an entire history of complicated gazing. I interrogate, subsume, and participate in discourse about Mā hū , about France, and about the invention of gender."  – Kehinde Wiley, 2019

Wiley’s new works are focused on Tahiti’s Mā hū  community, the traditional Polynesian classification of people of a third gender, between male and female. The Mā hū  were highly respected within their society until they were banned by Catholic and Protestant missionaries. Wiley's portraits of beautiful, transgender Tahitian women reference and confront Paul - Gauguin's celebrated works, which also feature subjects from the transgender community, but are fraught with historical undertones of colonialism and sexual objectification. Building off of Wiley's earlier portraits that addressed issues of masculine identity and virility, these new portraits explore issues of identity through the lens of transformation, exploring both artifice and artificiality as a trans-cultural phenomenon.

Over the past fifteen years, Wiley has developed a remarkable body of work that at once questions and participates in the western art-historical canon of portraiture. Wiley’s encounter with Tahiti joins with the artists continued journey across the contemporary world, following his explorations of North America, South Asia, and West Africa. Wiley’s focus on Tahiti now offers the opportunity to reexamine France, its colonial history, and its image through the prism of Gauguin’s work. True to his oeuvre, this exhibition presents a uniquely political and aesthetic perspective on the power of art to shift perception and to make visible history’s forgotten figures.

Kehinde Wiley was born in Born in 1977 in Los Angeles. He currently lives and works between New York, Beijing, and Dakar.

Kehinde Wiley graduated from Yale University in 2001 and completed a residency at the Studio Museum in Harlem in 2002. In 2018 he became the first African-American artist to paint an official U.S. Presidential portrait for the Smithsonian National Portrait Gallery. Former U.S. President Barack Obama selected the artist for this honor.

Tuesday to Saturday 10am - 7pm

Galerie Templon expose African-American artist Michael Ray Charles' exhibition "In the Presence of light" from March 19 to May 7, 2022 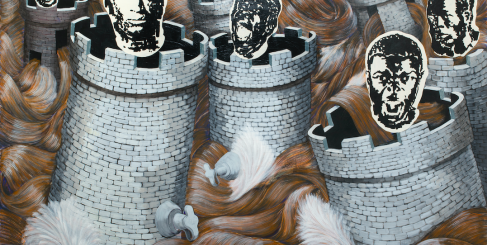 Galerie Templon just released an unidentified book with ROBIN KID: IT'S ALL YOUR FAULT, following the eponymous artist's exhibition at the Paris gallery 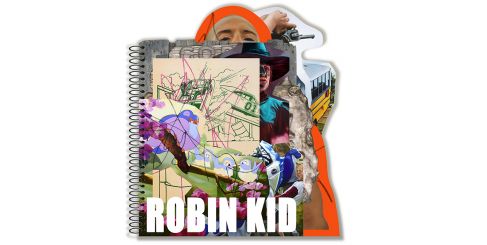 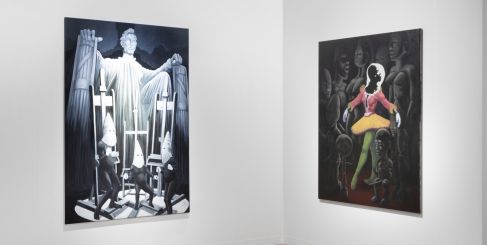 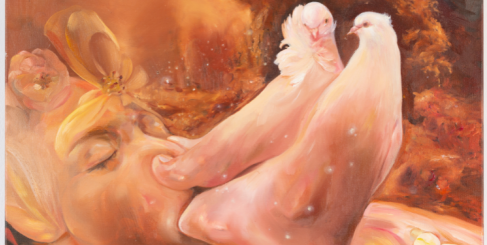 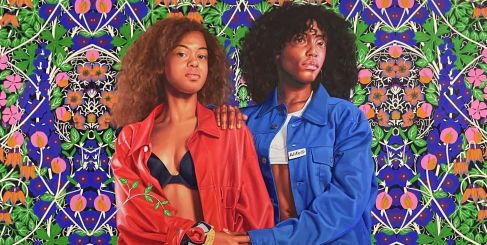 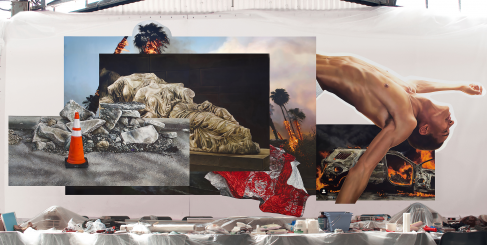