Universcience LAUNCHES THE BLOB, A NEW DIGITAL PLATFORM THAT’S OUT OF THIS WORLD! 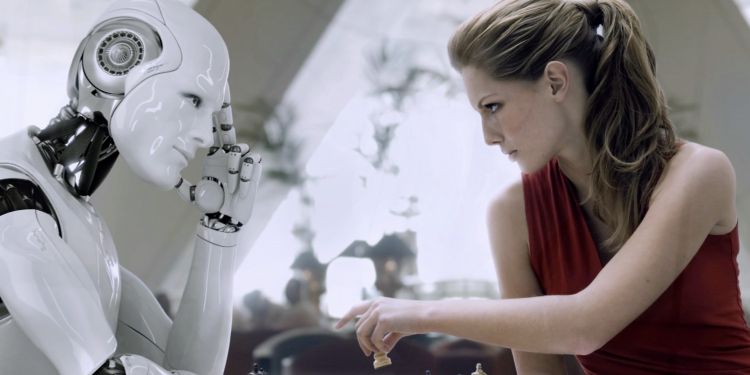 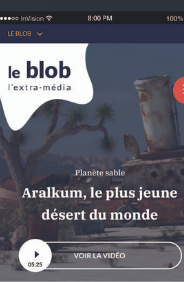 Universcience, the Paris science museum located on two sites at the Cité des sciences et de l’industrie and the Palais de la découverte, has a new online communications strategy for 2019. It has created a third virtual site, the blob – a media outlet that’s really out of this world. The Blob’s goal is to boost understanding and maximize public awareness of the burning scientific and technical questions of our day amongst the widest possible audience – especially our young people. Innovative both in terms of its content and its editorial focus, this platform will replace Universcience.tv and the Science Actualités website and will mirror closely the program of events and exhibitions on show in the museum itself.

With the goal of connecting with as wide an audience as possible - on their own terms – the strategy driving this new communication platform is as follows:

• to adapt to the new ways in which the internet is used: this website will make extensive use of videos and be open to fresh editorial content, featuring videos hosted on YouTube, improved accessibility and responsive design;

• to ensure its contents are widely available across a range of channels and networks connected to the scientific sphere as well as through partnerships with Le Monde.fr, France Télévisions Éducation, Arte.tv, Ciel & Espace and others...

• to fulfil a public service remit by means of a collection of over 3,000 videos that are accessible to all, free of charge and advert-free too.

A video magazine – and much more

As a video magazine, the blob publishes a new cover story in video format daily, a science news feed and in-depth articles every month examining major contemporary issues. This mix of substantive issues and ‘hot’ news topics is delivered with panache, really getting to the heart of the matter. Boasting a highly original editorial focus, the magazine will concentrate upon the dissemination of knowledge, making science more accessible and experimental work and research. The blob is designed for a wide audience and will cover the latest developments in the world of research. New discoveries, pioneering innovations, key issues and heated debates in a wide range of fields from social sciences, health, technology and arts and science to astronomy and space, the natural world, archaeology, palaeontology and pure science constitute the blob’s main output.

An Universcience production, courtesy of the Science Actualités team

The blob takes over from Universcience.tv, Universcience’s science-focused online television channel, which after nine years bows out to let the blob take centre stage. In 2017, Universcience.tv broadcast 518 films and chalked up 3.6 million views; in 2018: 534 films were shown and 7.7 million views registered. The blob is produced by Science Actualités, making it the only publication managed by a state-run cultural institution. Science Actualités is in charge of the ever-changing program of events and exhibitions at the Cité des sciences et de l’industrie, the Palais de la découverte and outdoor locations, not to mention being responsible for an exhibition space that’s dedicated entirely to the latest scientific developments (in partnership with l’Association des journalistes scientifiques de la presse d’information (the Association of Science journalists).

The blob, a somewhat unusual name

‘The blob’ is the name commonly given to Physarum polycephalum – a reference to the 1958 sci-fi film of the same name, starring Steve McQueen. This primitive single-cell organism has been in existence for some 500 million years and looks a bit like ‘scrambled eggs or an old omelette’, according to Audrey Dussutour. This CNRS researcher has been instrumental in raising awareness of this incredible creature, which looks like absolutely nothing else in the natural world. Neither animal, vegetable, nor fungi, this organism is able to move and is virtually immortal. It’s a quirk of nature that defies all categorization and which comes in a wonderfully vibrant shade of yellow. It’s also a very significant creature, as it feeds on bacteria, transforming this food source into nutrition for plants and fungi. Amazingly, this almost alien-like product of evolution, possessing no neurons or a brain, is able to pass on what it’s learnt to its peers!