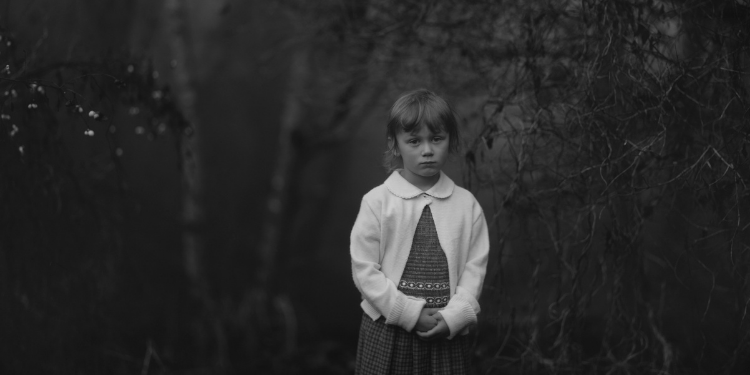 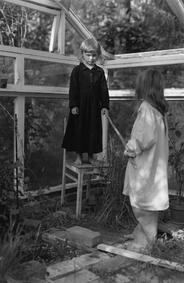 Main image :
Nelli Palomäki, 10th of November (Ylva mist), 2020
Courtesy Galerie Les Filles du Calvaire
Image above :
Nelli Palomäki, 7th of June (Ylva, Susi, shepherd), 2020
Courtesy Galerie Les Filles du Calvaire
After a first solo show in 2018, Galerie Les filles du calvaire is pleased to present Speed of Dark by photographer Nelli Palomäki.
Known for her timeless black and white portraits, mostly of children and young people, Nelli Palomäki takes an enigmatic look at evolving beings, family relationships and memory. Here at the gallery, she presents a new series of photographs marked by long periods spent at home in the Finnish countryside.
Guided by the circumstances she took a deeper look what lies close to her. Working strictly around her house and the garden, with her close ones, the artist has developed an intimate and personal body of work. She questions our relationship to time and our daily environment, the duality of taming and wildness by instrumentalizing the alternations of light and darkness.
Speed of Dark by Nelli Palomäki :
« Darkness is both a mental and a concrete matter. Although the dark is taking over at times, it’s the light that is leading our way. Nothing controls the process of making a photograph like light, or the lack of it. We live in a country where darkness seems to swallow us every autumn. Observing the light, and the absence of it, becomes obsessive. Mostly the light is at its most beautiful just before slipping away – or just between the arise and all too bright again.
All this recent time spent home made me realize how little I see, (or rather - stop and look!), what surrounds me. The beauty of the mundane, and the beauty of the cycle of the year, so strongly connected to the amount of light – and the dark. Garden waking up, blooming and dying again. Children secretly growing, myself reluctancly aging. Four seasons alternating and defining our spirits. This all endlessly repeating. Each year, by the end of the summer we are already frightened by the following months of darkness, on winter solstice we again hooray the light and bright that is on its way.
I drew a circle around our house and the garden, to photograph within this little area. There was a need to focus what’s too close to me, and to make notes on the photographic process that I so deeply love and hate. Speed of Dark is a praise for the analogue process with its successes and failures. It’s also a praise for my family who have given not only theirselves for this work, but also their guidance to learn about the bridge between the light and the darkness.
Our garden plays the main scene in the work. Not only because it is the most beautiful garden, but also for it holds the small cosmos within, and reacts overwhelmingly on every new season. For the children, garden is a place to play, hide and simply get lazy while we adults try to stop the wilderness taking over. Watching my own children on a summer day reminds me of the time I still knew how the imagination works.
Decades back my grandfather kept a diary on growing potatoes. This diary included all smallest notes on each year’s cycle and its changes – and of course, summed up the highlights of the harvest. To succeed, he’d go through his markings not to make the same mistake twice and to repeat the successful experiments. My markings on my photographic process remind me of my grandfather’s potatoe diary – the attempt is the same. To avoid the unnecessary mistakes and to master what carries a meaning for yourself. In the end, perhaps it is not about the potatoes or the photographs – but an attempt to adapt whatever the actual circumstances, and to create something controlled and beautiful out of the chaos that is beyond our command.
All photographs are titled with the date they were shot, together with the working titles from my darkroom notebooks. I have used a large format 8x10” camera and all works are analogue gelatin silver prints, toned using selenium or sepia. »
https://www.fillesducalvaire.com/ 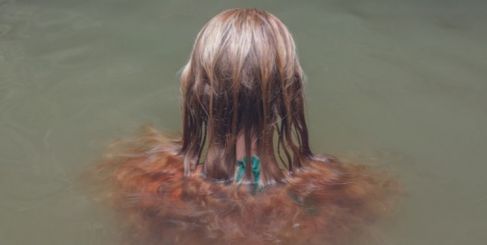 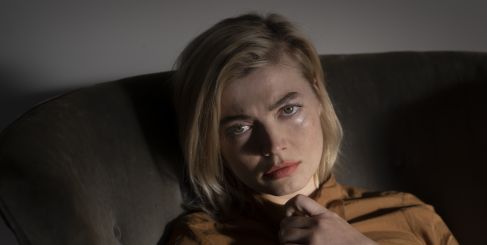 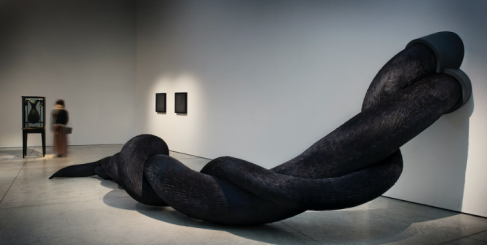 SOLO EXHIBITION OF KENNY DUNKAN AT GALERIE LES FILLES DU CALVAIRE, from 6 MARCH to 22 MAY 2021 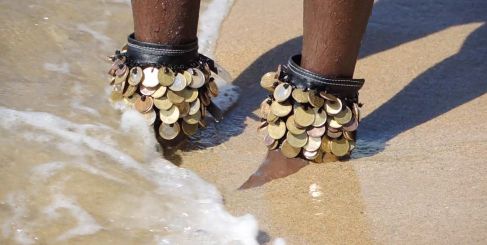